Originally this line was put up by my husband Bernie Ruech in spring 2018. The route started at the right side of the wall and traversed left through an amazing steep part until it went up again, ending after approximately 100 moves. That time, I never had any interest in trying this route. Then, in Spring 2020, the Corona-related lockdown without any traveling was the main driver and rocketed my motivation.

My first attempts on this route were more than humbling, I felt on almost every move which crushed me mentally. Then, I banished the thought of giving this line any more try. But after a while, my innerself longed for a final comeback. I was attracted by this untouched route; the wall was free of traces and searching for the holds and how the moves were going to play out were an exciting challenge. Finally, I progressed with excitement and my shape had improved. Therefore, I wasn’t lost in each move anymore, and instead could successfully climb some sequences and needed much less rope-hanging rests in between.

At that time I recognized that this route was more than just a lofty aspiration. I had a structured approach to plan my training. The main strengths that enable me to do well on this route is finger power. To strengthen this, short and hard boulders are the most beneficial training. After years of training experience, I have learned that two working sessions in the route with two attempts per week was enough for me. I also took regularly days off climbing in order to prevent injuries to creep in. I approached to this line by breaking it down in links. I connected existing routes with my project, altogether I counted five variations. After successfully sending all of them I felt ready for the final attempts in my project! The crux was about a hard power move. All these structures were bad and body position was complex. I took a bad crimp with my left hand and a fairly good hold with right hand. Than I hit another bad crimp with left hand. There, my limbs were spanned out and body tension was required. I realized that it came in handy to put my feet at eye level to get out of this position. Then, I moved my right hand to a miserable two fingertip crimp for help, put my right foot higher up and snapped into a hole.

On the day of the ascent conditions were bad. It was hot, no wind and my route was wet at the first six quickdraws. I used tissues to try the holds and question myself if it’s better to return the day after. All of a sudden a thunderstorm was growing uncomfortably near. The wind dried the holds and decreased temperatures. I took advantage of this valuable moment and threw myself into the route. I stayed optimistic and seeing the moves to be still climbable was quite addictive. Then, I dispatched this line right before it heavily rained and was stoked by this unexpected send.

I had previously done some 9a‘s and harder and comparing them with this route I would grade it the same as La Planta de Shiva, that I redpointed in 2017. As I am the first ascensionist I just rely on my own beta, don’t know if taller climbers can maybe bypass some hard sequences. Whatever the grade, any first ascents are an inspiring thing for any climber. That’s why sensation was wonderful to seal this route, named „Madame Ching“. 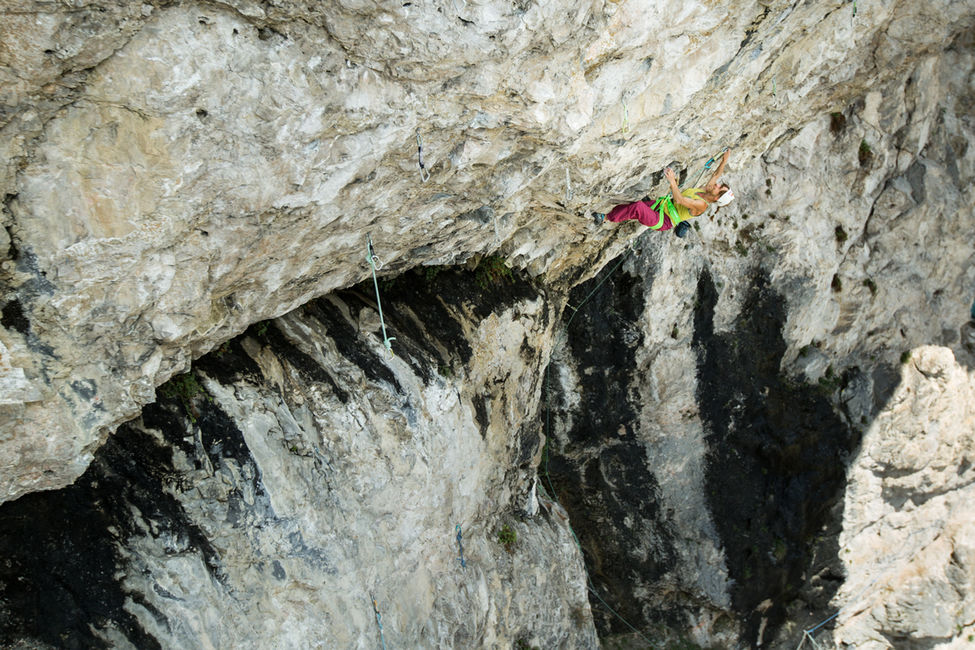 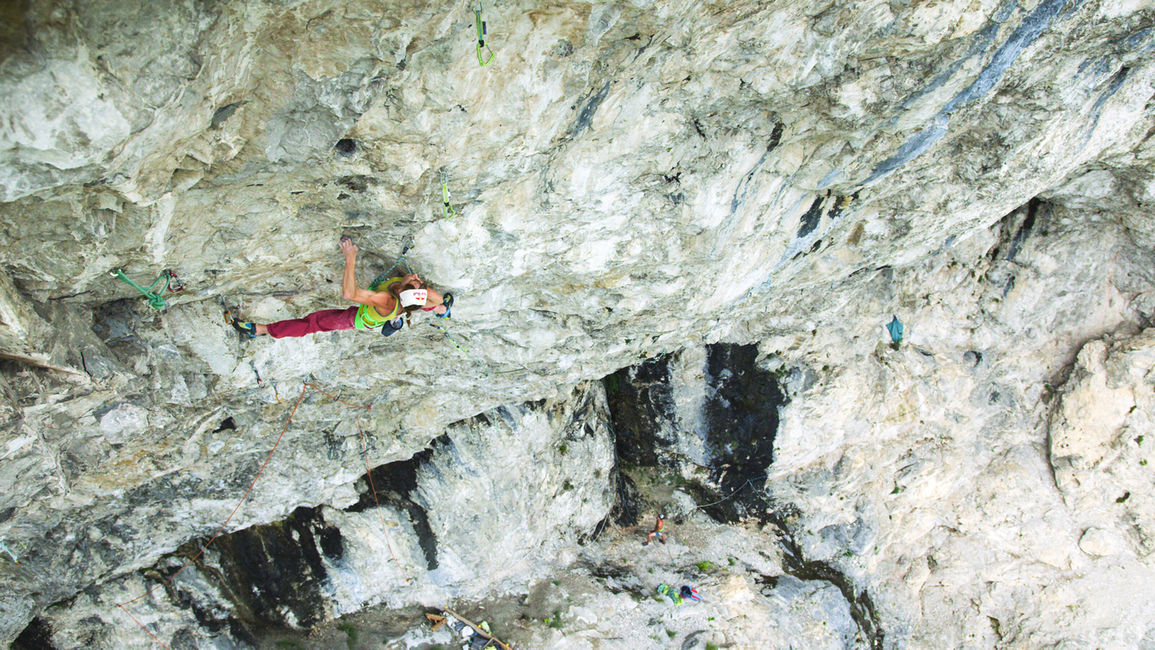 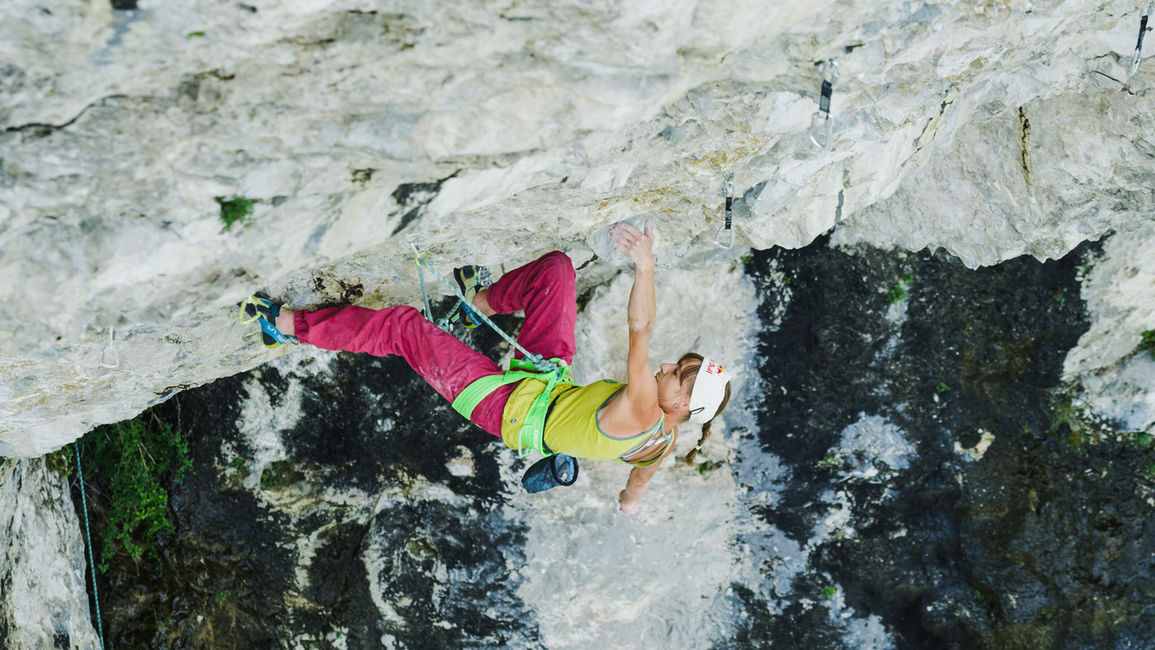 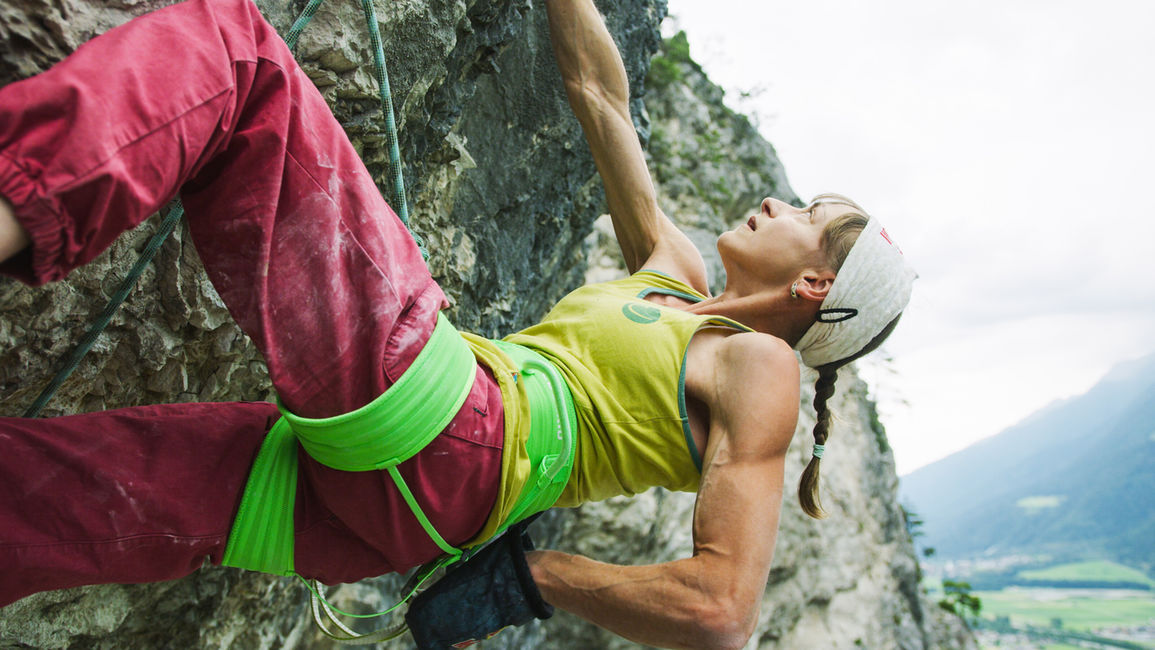 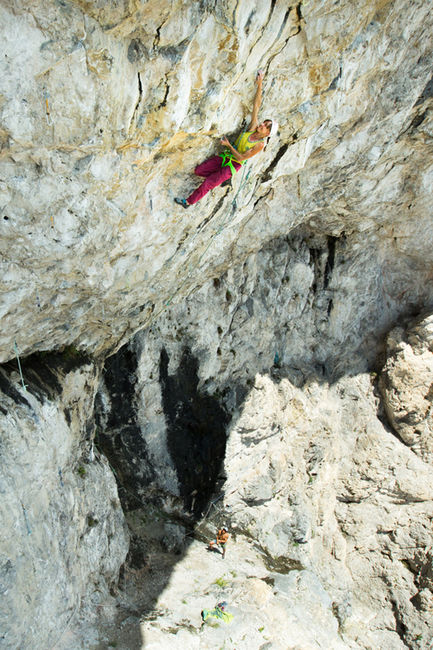